The Golden Age ended three hundred years ago in fire and blood. A sudden rush of returning magic set off a chain reaction of disasters and invasions that toppled the great cities and killed billions. The ground shook, the seas rose, volcanoes rumbled to life. Humanity regressed into a Dark Age and the planet became filled with alien and often hostile beings. 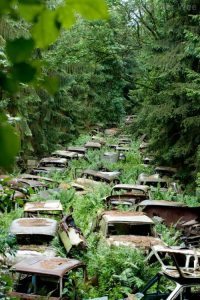 Eventually a new normal settled in. Humanity picked up the pieces and began to rebuild. The world they now inhabit isn’t anything like their ancestors of the Golden Age would have recognized, but it’s the world they now have.

Even three hundred years later, most areas in North America are still wilderness. Pockets of civilization – even within the larger nations – are exactly that. Pockets. Islands in a vast sea of savage, untamed lands. For the most part those scattered towns, villages and homesteads live not as their ancestors three hundred years ago did, but as their ancestors six hundred years ago did. Most communities have little in the way of power or modern technology. They live by candlelight and oil lamp. They work the land with their wits and the sweat of their brow. A man with even a modern armored vest and a laser pistol is probably the most powerful mortal being in most of these wild places and indeed those few blessed with arcane gifts, psychic potential or modern technology often function as protectors… or tyrants. 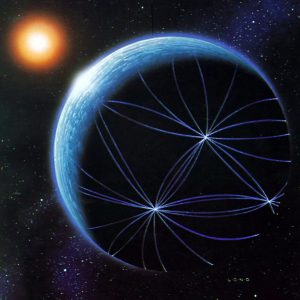 Magic complicates matters quite often. Even if there isn’t a mage around for miles, magic is a fact of everyday life on Rifts Earth. Ley lines crisscross the land and seas. The smallest ones are ribbons of arcane energy miles long whose blue glow lights up the land around them day and night. The largest are massive mystical currents visible from space. Otherworldly storms wrack the land about them and at any point along them – particularly where one or more intersect – a rift may open at any time. At best they simply disgorge a set of confused but not particularly hostile D-Bees and animals. Much more often they open to some kind of hell realm or some world with being hostile enough that it might as well be and drop off yet another set of supernaturally murderous killing machines. This is, unfortunately, not a rare occurrence. In fact it happens so often that there aren’t many corners of the planet – even those that don’t have many ley lines running through them – where the wilderness does not harbor some manner of monster.

The political landscape has changed as much as the physical one. Gone are the relatively stable, organized nations that dominated the Golden Age. In their place are dozens of petty kingdoms and city states. Even the power players around the world can hardly claim to have mastered their little corners much less anything else. Still, there are power players, rising nations that aim to shape this new age of mankind as their ancestors shaped the last and their rivalries and conflicts can make themselves felt even in places far from their spheres of influence.

Learn More about the World at Large

Learn More about the Local Area