Gran’s is, presently, upside down.

That’s not entirely fair actually. The BUILDING is right side up and all of the guest rooms are too. However when one walks down the guest room and into the main room, the floor is on the ceiling – along with all the furniture – and the ceiling is on the floor. Is the floor, really.

“Aiden is peering up at the table he usually sits at, which has the map he left on it last night. The wait staff is entirely confounded and the customers…

Er, they’re being served outside at the moment. Because… well, the tables are all up there.

“What in the actual hell…” Aiden mutters.

That’s the first thing Kaji says when he steps out of the kitchen, having returned not too long ago from poking about the market. He’d seen the customers outside, which had struck him as odd because that never happened, and the spring festival already passed so it had definitely stuck out.

At least general gravity seems to be working correctly? Er. Localized? Maybe that’s a better term. Specifically localized. Okay, he has no idea how you’re supposed to categorize something like this. “It’s like someone decided to make this into a funhouse. Or pull a very elaborate prank!” He looks over at Aiden. “How long’s it been this way?”

Even had been asleep in her bed when… suddenly she’s on the ceiling and… her bed is… above her?

And then everyone about her hears the loud: “WHAT THE ACTUAL ***?” that follows Aiden’s what the actual hell.

“What did ye do, Aiden Frost?” Slaine hadn’t stopped when she left the kitchen to enter the dining room. She’d come in the back way not minutes ago and had missed all the fuss. “Who did ye annoy that they cursed ye…”

She’s asking that as she makes her way, carefully, across the … floor … ceiling … whatever.

“I haven’t done anything…” Aiden says looking up. “And it’s been this way for a good hour. Just the dining room though.”

He peers up and tilts his head as if trying to figure out what the best way to tackle this is. Can he sword it? No? Okay, his toolkit is really limited after that.

“Why hello there…” There’s a man. Well, a sprite? He’s sitting on one of the tables, upside down, one leg over the other and grinning like the cat who ate the canary. “I must say fine establishment you all have here. Allow my to introduce myself. I’m Robin. Robin Goodfellow.”

“Heya Slaine. You just get in?” Kaji greets the mystic with a smile despite the upside-downness of the room. He flinches at the sound from upstairs, brow quirking. “Poor El has the worst luck…” he notes as Aiden states his innocence, and the contained effects of…well, whatever had happened in here. It’s a good thing it’s just the dining room and not the kitchen. That’d be a mess.

Kaji blinks and looks around at the new voice, eyes trailing upwards. He blinks again. “Uh. Hi there?” he says carefully, a quick glance cast between Aiden and Slaine as though to see if either of the two are familiar with their upside-down guest. “It’s not usually like this, but if you’re here for a meal or a room… Okay, room might be more tricky with the stairs on the ceiling but we can still manage a meal.”

Elpida does in fact come storming out of her room in a bathrobe, more than a little annoyed. Her clothes are in her dresser. On the ceiling.

“ALL RIGHT. WHO DO I NEED TO SHOOT?” She does not have her guns. She realizes this a moment too late.

“WHO NEEDS TO BE A LAWN ORNAMENT?”

“Hello Kaji, I did, yes. Had to go an’ see the Academy first thin’. What happened?” She smirks at Aiden, watching the way he looks around “No, ye can’t slice it with your psi-swords.” She doesn’t seem too worried by this.

It’s the man who speaks next that has her jumping “When did ye get here?” The mystic curses. “Kaji, send up to the Academy when we’re done here an’ ask for Diabolist to come an’ re-ward the place.”

“Me? Oh only a little while ago. An hour? Two? Who keeps track.” Robin grins.

“Oh did someone get up on the wrong side of the bed?” The man on the ceiling, er floor, er, whatever grins as Elpida stomps right into the room. “I just figured we should turn some frowns upside down here. And while I was at it I thought, well… maybe the front room too…”

Aiden glances at Slaine and smirks. Then looks at Kaji as he offers… hospitality.

“Oh a meal would be great. Why don’t you come up here with me and you can get it for me.”

With a snap of the fingers Kaji flies up to join Robin on the ‘floor’ but everyone remains down below.

“So. Where is the proprietor of this fine establishment?”

Kaji’s just trying to give good customer service! Even if he’s a little unsure about this Robin-fellow. After all, he is acting much too casual for his own good.

Slaine’s task for later is given a nod and a mental note, and when Elpida finally arrives he offers an awkward sort of smile. “Er, good morning, El…?”

That’s when the sprite-man-whatever’s words sink in, and before he can say anything more than a “Huh?” Kaji finds himself standing….well, in a way, right-side up? “Oh man this is going to be confusing,” he murmurs, glancing around and then down (up??) at the others. “Uh, I think this just makes it more difficult,” he says, glancing up where the kitchen door is. “Nice trick though.”

“Mister Goodfellow…” Slaine starts with a sigh. “I would be much obliged if ye’d return the inn to it’s normal condition.” Goodfellow. She looks to Aiden. “Isn’ Goodfellow in that book o’ Gran’s upstairs?”

“The proprietor?” Slaine looks to El and Kaji. “Ye’ve two of them right here. El an’ Kaji are responsible for the runnin’ of the inn now.” He doesn’t mean Gran, does he?

“It is…” Aiden says wonderingly. Did Gran know this guy? Or is it just a name she had heard before. He gets the feeling that it is a very OLD name.

On the news that Kaji and Elpida are the proprietors Robin frowns and then snaps again. He drops to the floor – er ceiling – lightly on his feet. Kaji… might. Or might not.

“Wait. No that can’t be. The owner of this shop is a rather pleasant lady. Yay high. Looks, actually looks kind of like you miss. What have you hoodlums done with her?”

He looks at Elpida. “Turn her to stone, maybe?”

“Goodfellow?” says Elpida with some alarm, glancing over at the others. “The Robin Goodfellow that’s also known as ‘Puck’? Am I expected to believe that you’re actually… you know, I’m long past the point of doubting anything like that So I’m gonna just put a hand over my face,” which she does, “and tell you that the esteemed nice lady, Gran, is not here at the moment and has left us rights to the place until her business is completed. What are you doing here and what is it you want?” She moves her hand up into her bitey snakes.

“Book?” Kaji looks up at Slaine.

He starts to nod a little when she mentions that he and Elpida are two of the people running the place now, weird as it still is to hear it being said. Even though it’s been over half a month already, it’s still not quite sunk in.

Suddenly he feels his feet start to slip, and that unmistakable sensation that gravity, proper gravity’s gotten its grip on him again at the snap of Robin’s fingers. “Hocrap–!” he yelps as his feet leave the floor, and he tucks his knees up and swings his feet around just barely in time for them to hit the ceiling before any other part of him does.

It doesn’t however keep him from falling over once he’s landed. Ardul’s taught him how to fight and stuff, but falling from upside-down rooms? He may have a lightsaber but he’s far from the acrobatics of a Jedi.

“Gran has a book on our family, upstairs. I can barely read it, but Aiden can …” Slaine answers. “He’s read part of it to me. Goodfellow is mentioned. A trickster really.”

“The owner was my Gran, yes.” Slaine answers Robin, moving closer to Aiden’s side. “She’s gone travellin’ though an’ left the inn to three others. Elpida, Kaji an’ Miss Frizz. But why are ye lookin’ for her?”

Slaine and Aiden know where Gran is.

“We had an arrangement. But if she’s not here…” Robin Goodfellow snaps his fingers and the room rotates back into the right position. Somehow this does not cause everyone to flip and tumble but it’s disorienting.

“I have to look into it. This won’t do.” And then another snap. And he’s gone.

Aiden sighs. “I’ll… bring in the folks from outside. Slaine, we should talk after the breakfast rush.”

And then, well, off he goes.

The part about a trickster certainly does seem fitting, Kaji will have to agree. And Elpida had mentioned something about Puck? Grumbling as he picks himself off the floor, the necromancer dusts himself off.

“What kind of–” he starts to ask, nearly tipping over as the ceiling is replaced with proper floorboards with another snap, and Robin is gone. Sighing, Kaji looks back at the others. Well, they’re not getting any answers now, and as Aiden says, he should probably get back to the kitchen.

Slaine just stares as Puck disappears and then sighs …

“Let me help ye, Kaji, set things right and get breakfast out on the tables.” She watches as Aiden goes. Yes, they’ll talk. “Somethin’ tells me that his appearance here does no’ bode well.”

With that she gets to, helping the newest owners of the inn.

Moving to help Kaji up to his feet, Elpida seems alarmed by Puck’s departure and just lets out a sigh. “Well, that does not bode well for us at all,” she says with a groan.

“But when has anything that’s happened around here ‘bode well’?” She grumbles.

Kaji gives Slaine a nod after thanking Elpida for the hand up. “Things just keep getting more and more interesting… But we’d better not give a chance for grumbly patrons to be added to the list of ill boding.” He grins a bit at the two and moves to duck back into the kitchen.

“-oh, you might wanna get dressed, El,” he suggests over his shoulder.

An unusual guest at Gran's makes quite the impression. 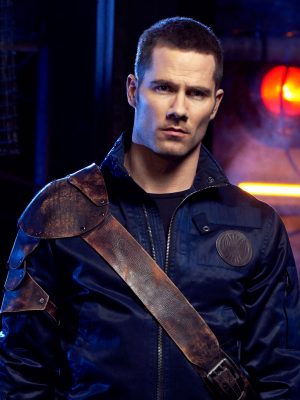 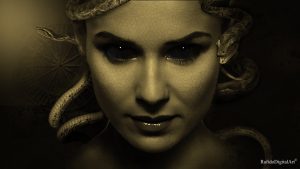 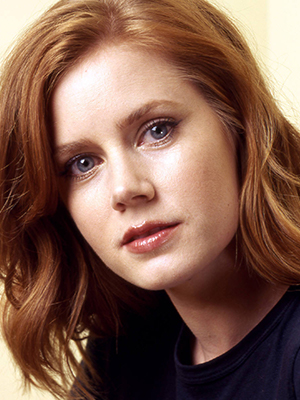