Elpida has spotted the poor fellow from a short distance away. The Gorgon lopes over to him quickly, and says, “THERE you are. I have found something. Something /important/.” She enthuses to him.

Then she raises the DVD player in her hands. It is a relic. An ancient relic. She gives him a wide eyed look.

Kaji had been perusing stalls in the market area for anything of interest. Upon hearing his name he looks back and then waves, smiling quizzically as he usually never sees Elpida so excited about anything. So it definitely must be something good, right?

He looks from the device to Gorgon. “Sweet. Does it work?”

“I DON’T KNOW,” says Elpida, waggling her limbs in all directions, to say nothing of her snakes.

“We have to find out. Only I haven’t been able to find any DVDs.”

She is giving Kaji this look. A big eyed, hopeful look.

Well, her eyes are big. AS she has no visible irises or pupils otherwise…

Flinching a bit at that, Kaji’s eyes once again drift towards the player. “Okay. But even if we found DVDs, what would we plug it into?” He taps his fingers on his chin thoughtfully. “I wonder if my mech apartment has the right inputs. Does this thing use AV cables or HDMI? Or…what is it, coax?”

He takes a step back with the look she’s giving him, brow arching. “Where’d you find this thing? That would have been the best bet to find anything related.”

“An old junk peddler. Had no idea what it was since he couldn’t read the text. And I don’t knooooow. I mean, MAYBE we could find DVDs, but yeah, I don’t even know where to go for a plug. Maybe we could find some other way to power it, and then we’d have to find something to project it on.” She rubs her hands through her snakes. “This is gonna be work but the only DVD I’ve ever found is a copy of Cynthia Rothrock’s ‘Undefeated’ and oh god I’d even watch THAT.” She groans.

“Wow. It’s kind of sad to realize how complicated having a DVD player is when there aren’t places to plug it in, energy sources are magic, and there aren’t any TVs. …which is super weird because then there are still computers and things,” Kaji muses, scratching his head. “Hey, I wonder if Dogwood might have stuff like that.” He sighs. “I wish I’d actually get a chance to look around the place in general.”

The named title gets something of a blank look from him, obviously not one he’s familiar with. “Wouldn’t be any good if we didn’t have anything to actually play on it. I think the easiest part will be making it compatible with power sources.”

“It’s vexing. So vexing.” She lets out a sigh, snakes drooping with her dismay now. “I mean, we could go hunting around in Dogwood, I guess. I’ve been there a few times now and I get all the stares, but I’m at least a known enough commodity that I can kinda poke around thanks to some nobles who’ve associated with me from the place.” She does not like the term ‘nobles’. The disdain is obvious in her voice and the way her face crinkles up.

“Oh nice, you’ve made friends? I don’t even really know what the city looks like. I mean, the last time I was there was when we were tracking down those soul harvesters.” Kaji shrugs. “Heh, and then the first time I was ever there was because we all got arrested and thrown in the king’s dungeon. Not exactly the way I ever thought I’d get to meet royalty…”

…does that make him kind of crazy for still wanting to go? This world’s plenty crazy enough though, and it’s been a long while since undead have been a problem and all that. Not that there haven’t been other problems cropping up in its place.

“…well I mean, I guess we could go there,” says Elpida with a blink at Kaji.

“I mean, if you want to. You could totes protect me from the weirdos by being all… humany and stuff.” She lets out a sigh, there, and adds, “Wit hall the demons everywhere they might not even hate on me too openly, and there’s a Lord with a bit too big a crush on me.” Her nose wrinkles up at that.

Kaji snorts at that. “It’ll all be well and good until they peg me for a necromancer,” he says, smirking. “But a lightsaber should be acceptable equipment, wouldn’t it?”

That brings a thoughtful frown to Kaji’s face. “Oh yeah, I heard something about there being a lot of demon activity around there lately.” He blinks and then starts to laugh then as the last part of what Elpida shares sinks in. “What, really? Proof that some people over there are open-minded, at least! How’d that happen anyway? Like, how’d you meet?”

“…ugggh. He wrote me a letter and said I was pretty.”

Elpida’s nose wrinkles up even more and she looks faintly disturbed by it, honestly. “I think I’m just a novelty. Or, worse, a fetish.”

“Hey, who knows? That’s sweet though, he wrote you a letter, aw!” Kaji grins. “Well, maybe if you get to know him better you’ll be able to figure it out. And anyway, it’s not like you’re ugly.”

“I have SNAKES for HAIR, Kaji and also I don’t not even WANT to be pretty or in this body at all!” Elpida grinds her teeth a moment. “This is what happens when you tell off a Goddess. Do yourself a favor, never criticize a Goddess to her face. They’ll *** you up even if you don’t know you’re doing it.” She tucks her hands into het pockets after putting the old, old, old DVD player back in her satchel.

“ANYWAY. We have a mission. Operation: movie.”

That effectively shuts Kaji up with a little bit of a squeak in surprise. At least for a moment. He brings his hands up placatingly, half a smile tugging at his lips. “H-hey, criticizing gods doesn’t sound like a good idea in general. Especially when they actually prove themselves to exist.” He can say that now that he’s met a few of them in this whack-o Earth.

Letting the subject drop along with his hands, he gestures loosely around them. “Well, I’m sure if there were any DVDs sitting around for sale here I would’ve seen them but I guess we can give it another sweep. For all I know people might just be using them to scare birds away like people did with all those old free AOL CDs and stuff back home.”

“Who knows,” says Elpida, shoulders sagging. “Either way, we’ll find something. Anything. What I wouldn’t give to see the Princess Bride again,” shhe wrinkles her face right up, giving him a punch on the shoulder after his efforts to placate her. “We may have to, like… go actually digging. The Mighty Quest To Find Things Like Home.”

Kaji scowls, rubbing at his arm as he starts to take a few steps to get them moving again. He stops not several feet later. “Hey wait, I know where they have a lot of old materials from the ‘Golden Age’…!” he says, snapping his fingers. “I dunno if that’d include movies but who knows!”

“…let’s try it! Where is this place?” Elpida looks amused by his stepping away but doesn’t comment on it. She, thankfully, did not punch him with anything remotely close to her full strength. Not even a little.

Oh, he’s thankful for that. He’d rather like to keep his bones in tact. Elpida’s question makes the necromancer beam. “The library at the Academy of Esoteric Arts!”

“…oooh! That’s not a bad idea! We could see if they have any discs. Maybe they’ll have something!” Elpida looks excited about this possibility even if the chances of getting a good movie out of it are low. It could be worse. They could find a copy of Gigli.

Cheered that Elpida looks just as hopeful about the idea, Kaji nods and then starts along towards the direction of the academy. If they kept something so mundane as an almanac, who knows what else they might’ve stored? Kaji wouldn’t be surprised if they’d kept as many relics of the past as they managed to find.

It’s rare to see Elpida in a cheerful mood at all. Except when she’s really, really drunk.

And thus, she’s on her way after Kaji because WHO KNOWS.

She’s got her fingers crossed. And maybe some of her snakes.

Elpida's managed to get her hands on a real Golden Age find that only she and Kaji can truly appreciate. 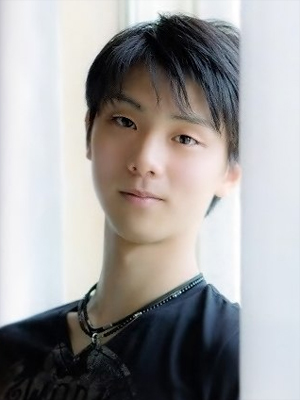