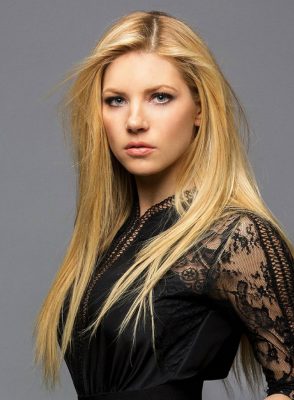 "Whatever women do they must do twice as well as men to be thought half as good. Luckily, this is not difficult."

The Shemarrians are an Amazonian race that inhabits the eastern seaboard. Fierce warriors and cyborgs, they defend their territory, often violently. On rare occasion, women are seen who have apparently been cast out, their cybernetics removed, and left to fend for themselves.

The reality of the situation is that everything about the Shemarrians...their nature, their history, their culture...is an elaborate deception created by ARCHIE-3. He uses the Shemarrians as his agents in the world, fighting the Splugorth, and handling actions he deems needed. They are advanced robots, imbued with artificial intelligence, sent out into the world. Many don't even KNOW they are robots, or that anything about their life is other than they believe.

Terrilyn is a "Pariah-class", constructed specifically to be seen as outcasts. To evoke pity and sympathy, be taken into communities, learn about them, and report back. It enables ARCHIE to study humanoids and their culture and behavior, and then incorporate that into his additional creations, as well as serving as a source of intelligence.

Of course, all of this is secret. All she presents to others is she was cast out from her people, the proud but fallen warrior. She is a skilled warrior and woodswoman, and barters those skills to gain the necessities. But unlike some of ARCHIE's creations, she possesses a full neural intelligence; she is a lifeform, unbound by simple programs. Before everything is said and done, her experiences here may shape the powerful ARCHIEs response to the area...for good or ill.

Terrilyn is an outcast from the amazonian cyborg D-Bees who claim much of the northeastern seaboard as their domain. What she did to earn their exile is unknown, and is a matter she refuses to speak of.

Invoke: Terrilyn is familiar with the wilderness of the eastern seaboard, and knows quite a bit about it. She's also knowledgeable about her people, even if she refuses to relay that lightly.

Compel: She's eight feet tall, and an ex-warrior from an amazon race of D-Bees. Can she be trusted? Is she here just as a spy? And what did she do to get thrown out? She's not necessarily well-trusted, and her gruff demeanor doesn't help that.

Terrilyn is a neural intelligence bot (one step past an AI), in service to a computer overlord. She keeps this a secret from everyone, but her ultimate loyalties lie with her creator.

Invoke: As a field agent for ARCHIE-3, Terrilyn can contact him remotely, and knows the protocols for his organization. She could likely try to request assistance if the matter were serious enough (ARCHIE has a serious mad on for the Splugorth, for example).

Compel: At the end of the day, while she is a virtual entity and not bound by simple programs, she's still a machine, and one in service to another machine. If ARCHIE has plans for her to do, then it's up to her to go do them, regardless of what she might want in the matter.

Terrilyn is a mechanical entity. It's thought that the Shemarrians are cyborgs, and she LOOKS completely human. But under the hood, she's pure mechanics. That gives her a number of both strengths and weaknesses.

Invoke: She's a robot. She doesn't need to eat, breathe, sleep. She's far stronger than most people would ever be, and far tougher. She's been programmed with a ludicrous amount of knowledge by the standards of education on Rifts Earth.

Compel: She's actually an AI robot, and that can't be changed. She has no "PPE"; no innate lifeforce, no soul. She's a complete null to mental psionics; she doesn't exist to them any more than a car does. She weighs 550 lbs, and if anything DOES happen to seriously damage her, she's got to be repaired...and her technology is WAY above most of Rifts Earth; finding spare parts wouldn't exactly be easy.

You may take up to three (3) racial quirks as part of this gateway. If you don’t need or want three (3) racial quirks, you may select a stunt for each unused quirk. Generally speaking these quirks are either ubiquitous or very widespread in a given race or culture. Racial quirks need not refer to genetic or biological abilities but can also be used to simulate rare technology never seen on Rifts Earth outside a given race’s hands. A list of example quirks has been provided at the bottom of this article and more can be created as needed. You may purchase extras from the Dimensional Being list.

When you succeed with style on a Fight attack and choose to reduce the result by one to gain a boost, you gain a full situation aspect with a free invocation instead.

To quote from the Shemarrian writeup: Combat program includes basic tactics and strategies, hand to hand combat, use of energy weapons and rail guns, as well as training in ancient weapons based combat. Can also identify all known CS, Free Quebec, Federation of Magic, Splugorth and Horune troops, robots and vehicles, as well as animals, monsters, Splugorth Minions, D-Bees, robots, armor, weapons and vehicles common to the eastern half of North America, and the proper response to them. When fighting enemies that can be identified by the combat computer, you are +2 to create advantages against them due to your knowledge of their capabilities and likely tactics.

Once per conflict, stack an additional free invoke on an advantage you’ve created to represent the time you take to aim or line up a shot (like In My Sights).

Terrilyn has a full suite of advanced technological sensory equipment – infrared and UV vision, light amplification, magnification, amplified hearing, a radio, a satellite link (unheard of) and so on. She may make sensory based rolls in situations where ordinary beings could not and further gains +2 to Notice and Investigate checks that are based off sight or hearing.

+2 to defend against Provoke attacks specifically related to intimidation and fear.

You can use Notice in place of Empathy to learn the aspects of a target through observation.

You gain armor 6, an extra mild physical consequence slot and your normal physical stress track is replaced with the following: 2x 1, 2x 2, 1x 3, 1x 4, 1x 5. Your fight attacks are weapon 1 due to natural weapons or great strength. You gain +2 to overcome actions using raw strength.

Keen to explore the area in which she now finds herself, Terrilyn ventures up into the Appalachians. There, she finds an opportunity to put her anti-paranormal inclinations to good use, rescuing someone who bit off a challenge rather larger than was wise.

Nighttime in Vesper and there are plenty of festivities, including some very talented raptors! and some talented thieves...