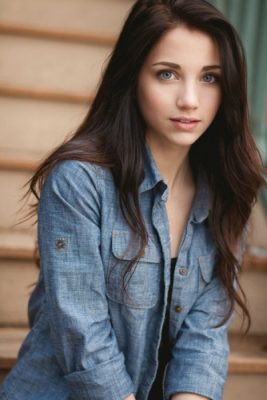 "You can't argue here. The animosity in the air is causing my computer to lag."

Pilot of the CX-1 Seraphim

Tessa has trained her entire life to succeed her father's legacy as the pilot of the Seraphim, the black angel. It responds to her commands and draws on her power.

Invoke: In situations when Tessa's psychic connection to her mech and its unusual kit would give her an edge.

Compel: You see, they stole this from the Coalition and it isn't exactly subtle...

Tessa is physically frail and even with her psionic ability she's quite vulnerable without the hardened titanium shell. Blind, naked, and crippled.

Invoke: When Tessa is trying to locate or repair her machine under adverse conditions.

Compel: Whenever her weakness and lack of conditioning would hinder her.

Tessa was raised to be the pilot of a harbinger of death and destruction while hiding from the people who would steal it from her family. Not be a social butterfly. She can be pretty uncertain when interacting.

Invoke: When being forthright and genuine or ignoring the rules of etiquette would actually be a benefit.

Compel: To promote social anxiety during important meetings or when interacting in a group setting.

Tess was raised in an environment where her psychic powers were being honed for maximum impact. She was supposed to accomplish a mission and it was deemed too dangerous to wander where she would be seen. Those powers have been most of her life.

Invoke: When using her powers to effect a particularly grandiose or difficult result.

Compel: When a problem really would be SO MUCH easier with the application of Psionics but she really... Shouldn't.

Teresa can speak with computers and feel the moods and wishes of devices. She can also control them with a thought, whether by manipulating their power or controlling their spirit.

Invoke: When she has to deal with a complicated problem or obscure technology.

Compel: When she's interacting with low-tech solutions and people who aren't a fan of the benefits a technocratic society would bring.

You are a RPA pilot with specialised training in the CX-1 Seraphim chassis. You may purchase extras off the RPA Elite list.

You may accept a negative aspect in exchange for dealing +2 stress on your next attack. It has one free invocation and you must overcome it as normal. You may not Alpha Strike again until it has been overcome.

When piloting the Seraphim you may defend against any surprise attack with a -1 thanks to your superior reaction times.

You may use Will to activate psychic disciplines, but suffer a -1 penalty when doing so. You gain an exotic stress track with only one box.

You can manipulate the flow of electricity with your mind or even create electromagnetic fields with the correct equipment.

Neural Web Cockpit Interface: Only pilotable by psychics, the pilot may substitute Will for Drive

Telekinetic-Reactive Armor Plate: The pilot may spend a fate point to absorb stress to her robot equal to her will. As an extra cost, this also causes her a single point of exotic or mental stress.

XCBR Close Combat System: Weapon 3 melee attack. Can be 'energized' with an exotic stress to become Weapon Value Will+1

A group of adventurers head into the sewers beneath Vesper searching for the explosives the Harvest have planted.

Mad One and The Seraphim

Relaxing in Sarens Rest, Tessa and Ardul speak to Rousseau about potential work.

Maddy, Tessa and Ardul rescue a trapped team carrying something that someone in Saren's Rest is very, very interested in.

We Do This By The Numbers

Not everyone made it back to the safe-zone after a trek into demon-territory. It falls to Hunter, Ardul, Tessa, Stella and Clancy to go in and get the survivors out (in one piece, preferably)...

Rousseau offers the girls a little job... Probably involving fighting demons for lost cargo in a half sunken city.