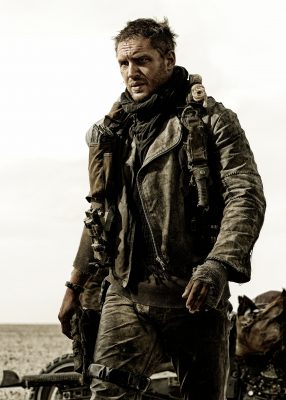 The beginning of this story starts the moment Taskill died with a needle still stuck into his veins in some shitty co-op apartment surrounded by junkies. The man before that very moment irrelevant. SerumB flowing through his veins, self-propelled by some sort of microscopic parasite that took over his system and made him its permanent residence. Once in control, it jump-started Taskill's heart, returning him back to the land of the living. Touched and confused, Taskill made his way out of the crack den and into the streets.

Confusion cleared, leaving Taskill with a clearness of the head that he had not felt in a long time. Unaware that both his strength and clarity were the results of the drug injected into his system and without continual resupply Taskill would return to the shell of a man as he was before. With this newfound strengths, he sought old contacts for work. Most were not happy to see him as Taskill had burned many bridges during the course of his addiction. Still, during his prime, he had built a rapport as a gangster and found an ally at the bottom of the criminal underworld's ladder rung. An old school gangster, mid-retirement looking to get back in. He connected Taskill to some work, mostly bank robberies and hit-jobs.

All was well until the drugs wore out a couple days later. Still, now better situated, Taskill was able to get more SerumB and made it part of his daily regimen of drugs. The more SerumB he took, the more he needed it and stronger the parasite got. Now it was talking to him and it demanded to reach out and expand its power. Taskill made the full transition into juicer, surviving the surgery and the implementation of drugs into his system. With his power now focused, Taskill and his parasite turned to junkies to recruit members for his cult, the Psycho Punks. Wannabe juicers unable to make the change and worshiping Taskill and his parasite as long as they continue to provide for them.

A rediscovered species of parasite recovered from the corpse of an ancient monster. It was engineered into a serum that infects the user with a parasite which bestows upon them enhanced physical ability. Now a host of this parasite, Taskill must keep it alive if he wishes to be more than some strung-out junkie.

Invoke: The parasite enhances Taskill's strength, reaction, and endurance in order to keep him, it's host, alive.

Compel: As it happens to all hosts of a parasite, the parasite will eventually consume Taskill whole when its offsprings are born and consume him for protein. For now, taking more of the serum helps keep this at bay for a couple years.

This are his people, broken and abandonded by society. Now a juicer, he used his strengths to give the junkies a sense of purpose.

Invoke: They worship Taskill and his parasite, wannabe juicers unable to make the transition but willing to serve Taskill as members of his cult. The cult is known for their disregard to their personal safety and the chaos they leave behind.

Compel: Running a cult is a difficult thing. Running a cult of junkies who need their fix to survive, is another thing. As long as Taskill provides their vice to them, they are loyal. When supplies run low though, Taskill will have to depend on other means of keeping them in line.

When it comes to dueling with a revolver, Taskill is a skilled shooter. Having trained since a child there are very few who can stand against his shooting of a revolver.

Invoke: Taskill holds extraordinary skill with the revolver. From performing tricks to fighting in duels, he is one when he is shooting his revolver.

Compel: Too specialized, Taskill finds it odd shooting anything but a revolver and it shows. His skill had made him a legend to some. That fame brings allot of challenges, to this day he has yet to meet someone to beat him but the day is still young.

additional 2 stress box, recovers from consequences in ½ time and does not need justification to begin recovery, +2 to defend with Athletics and goes before anyone who does not also have heightened speed or reaction times. Athletics cap increased to 6. (Cost 2)

Whether it’s actual biofeedback regeneration or just a superhuman ability to ignore injury, Juicers and Crazies can take a lickin’ and keep on tickin’. Once per session the Augment may clear one of his physical stress boxes. (Cost 1)

You know pain. They know how to get the most out of having to deal with it. Once per session, the Augment may absorb three stress for taking a mild physical consequence (Juicers) or a mild mental consequence (Crazies). (Cost 1)

You are fast. Very, very fast. All juicers and crazies have some level of augmented speed but this is a step above. You may ignore any barriers to movement between zones that are not in some way solid and extensive (walls, force fields and similar). (Cost 1)

For when instantaneous just isn’t fast enough. You may move two zones if unimpeded and still take an action. For these purposes ‘unimpeded’ also includes any obstacles that you could ignore per ‘Biotic Speed’. Requires Biotic Speed. (Cost1)

Live fast, die young is the motto of Juicers and Crazies. They’ve traded everything for power and they have to make the most of it. Once per session the Augment may take a consequence (Physical for Juicers, Mental for Crazies) to add its stress value to a roll. This consequence must be related to the nature of the Augment’s modifications and may be taken after the roll result is seen. The Augment may not increase the stress value of this consequence per Making it Count, if he has it. (Cost 1)