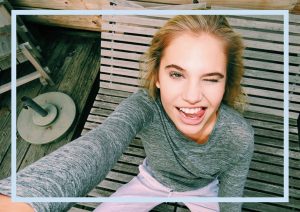 Woman of the Woods

After being left to the wild by her Dogwood parents, once her powers of magic started to manifest themselves, Skye learned from a very early age not only how to harness the druidic abilities she'd been gifted with, but how to survive off of the lands in the more mundane ways as well.  Though her earlier years were spent on her own, interacting with few other humans, she built an affinity for the woods, befriending animal and plant alike in her travels.  Eventually, as she grew older, she began to peddle her magics, trading herb and talisman alike in exchange for clothing and other worldly goods she could not produce herself.  She traveled the woods around Old Richmond, straying into both Dogwood and Vesper territories alike, without staying in any one place too long.  Her curiosity for the rest of humanity grew, given time, and eventually, she decided to try and settle among the other mages of Vesper, searching for the place that she could finally call her home.

A magic user who was forced to learn plenty on her own, Skye is quite skilled in invoking the powers of nature, calling plant and animal alike to her aide, or transforming her own body as needed to suit the situation.

Invoke: When her knowledge of nature and druidic magic allows her to gain an upper hand in a situation.

Compel: When her status as a mage gets her into trouble, or her wild personality puts her at odds with the needs of society.

She's a witch! Burn her!

During her travels, Skye has been both welcomed with open arms, and chased out of several towns for her witchcraft. Rumors of evil curses, of children gone sick, or husbands forced to cheat on their wives, are all false, of course, but it hasn't stopped her from gaining a reputation nonetheless. There are plenty who would rather see her burn than continue to live, regardless of the truth.

Invoke: When Skye's reputation as a witch of the wood lets her intimidate others.

Compel: When witch hunters and those seeking bounties come after her, or rumors about her past crop up.

You can't handle my potions!

Skye makes her living as a traveling merchant, peddling her wares from village to village in exchange for clothes, foodstuffs, and other assorted goods.

Invoke: Whenever her contacts and good will from past deals can be relied on.

Compel: Whenever someone with buyer's remorse comes looking for payback, or she has to take time to do work.

Any mage will tell you that magic is a natural force. Druids, Shaman and similar types of magician learn to tap into arguably the most primal application of that force – nature itself. To call these magical disciplines ‘schools’ of magic is something of a misnomer. For every shaman or druid that learns their craft at the feet of a more experienced magus, there’s another that hears mystical knowledge in the whisper of the wind through the leaves, the songs of birds or the steady pulse of the earth near a ley line.

Altering the mortal form is one of the more difficult things a mage will ever attempt. This is largely because most mortal forms have their own magic and that magic can get in the way even when the subject is willing, to say nothing of when the subject is not. Consequently spells in the Alternations Purview are almost entirely spells that are applied to the mage himself or perhaps with great and ideal circumstances to another willing subject. Even with that restriction though, Alterations is an incredibly versatile field of study. Near any adjustment to the body that can be imagined can be made, though they tend to be temporary.

Nature-mages with an animal affinity can sense and attune the natural magic flows in insects, plants, vines and other flora. They tend to be almost literal ‘flower children’ and have very ‘green thumbs’. Plants leap to their call, grow as if their presence was the sun itself and whisper to them in a thousand voices.

Are you going to Scarborough Fair? Parsley, Sage, Rosmary and Thyme. Remember me to one who lives there. He was once a true love of mine. In the ancient lore of the world before the fall certain plants and herbs had associations. Flowers to ward off specific evils, spices to promote memory and health. Bark or branches or ashes to invoke the blessings of trees and vines. These traditions recalled a time before when magic surged as it does now. This purview is all about calling out the supernatural power in those associations and is quite versatile, but does require ingredients.

Talismongery is the study of crafting magical items, fetishes and other useful things. In much of North America it has been supplanted by Techno-Wizardry but in the wilder parts of the world a good talismonger can be the difference between life and death. Talismongers bind magic into wood, stone and metal. They fashion homes for spirits or treat with them for their blessings. Many an item of power has been made by Talismongers, though many of their works are temporary. Talismongers can make items like Techno-Wizards, but use natural materials and often bind spirits into them to power them.

Don't mess with the contractors who are conducting border checks, you'll get wet.

Jericho and Natsuki make some casual enquiries at Buy the Bye ... whilst a Druid decides to try out all the shiny weapons.