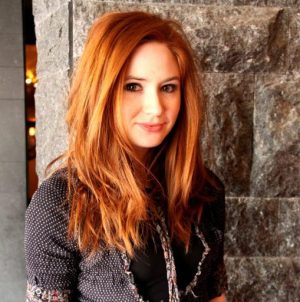 Nixilanthius doesn't know her parents, they had moved on to another part of the world or to be honest probably another world entirely before she even hatched. Still she knows something of her mother at least because the arcane connection imprinted an array of arcane knowledge and useful skills while she was carried in her egg. You know, as dragons do.

Since hatching a little over a month ago Nix has spent many of those nights spying on the local inhabitants. When she wasn't eating local wildlife and livestock. That natural ability to slink around invisible in whatever form she chooses has proven very useful for spying on the populace as she tries to get a handle on what is going on. She has definitely come to the conclusion that people are quite strange and not because of the wide variety of species they come from. They just have strange motivations and more investigation is definitely merited to figure out things like friendship and other motivations.

Clever and cunning. Nix is always getting into something.

Invoke: Outsmarting a foe. Dodging a snare. Ducking a deadfall.

Shiny things are very distracting. From gold to people.

Aspect of the Arcane

Living breathing embodiment of magic with all the pros and cons

Invoke: You can't do that?

Those caught in the transfixing gaze of the Cat's-Eye Dragon are likely to fall under the beast's mystic charm. While maintaining eye contact with another sentient being you may attempt to influence them. Depending on the situation this may call for a roll using Deceive, Provoke or Rapport or may involve entering mental combat. People cannot be influenced to do anything out of character or against their morals but may be made to ignore situations or otherwise follow innocuous instructions with significant results.

What is more magic than a dragon. You have access to the Arcana skill and gain an exotic stress track as if you were a mage. You may purchase any arcane purview that isn’t itself restricted in some way at standard cost.

You’re able to teleport yourself and your possessions another point within a few miles of you. This does take concentration, and might require a roll in high stress situations.

You have a weapon 3 ranged attack that may make spray attacks.

It’s not a case of being comfortable in your skin. It’s a case of being comfortable in any skin. You may adopt many humanoid forms in sizes ranging from about four feet to that of your native form. You may freely alter details such as height, build, skin color, eye color, hair color and identifying marks. As with Mask, Fluid Mask does not alter your abilities or skills except as dictated by anatomy. When using this ability to disguise yourself or impersonate someone it grants +2 to the relevant Deceive rolls. As with Mask, however, Fluid Mask does not hide you from magical or psychic detection of your true nature.

See through illusions and see magic

Tricks of the Light

You have +2 Arcana when casting from this purview.

A visit from Professor Ingerhast, an agreement and a trip to Palladium is in the offering.

A scrap spider, a portal, two hatchlings and dolphin shifter result in unspeakable words being learned.

Only By Those Who Know Its Name

Meeting back in Nix's warehouse, more information on what the Atlantean Slaver was doing comes to light.

Pixie In A Glass

The Atlantean Slaver has been vanquished now it's time for Salvage

Questions Need To Be Asked

Elpida comes looking for Slaine to ask some questions. Nix arrives as well.

Out Of The Mist

An Atlantean raider comes out o f the mists and attacks the Sea Serpent.

It Could Be Statues

Auren has recovered some information on the data recovered in the underwater caves.

In Search Of Legendary Treasure

Nix gets wind of a legendary treasure and a location - of course the Dragon Hatchling goes looking for it. What she finds ... is a bit different

Dragons hunting, a mouse exploring and Mage walking. What could go wrong?

Just Douse It In Magic

Nix and Slaine examine the crystal structure they recovered from the sea ... and discover something or is it, someone, interesting.

A falling star and a shake down cruise.

Following up on the truck driver from the Farm, Kaji and Slaine are joined by others and discover some unsettling news.

A Lot Of Firepower

Sterlings shop is quite busy - given it was closed.

A Dragon Watching Over You

Nix and Slaine look over the Sea Serpent - considering buying it for Nix's new venture.

An Enterprise Is Hatched

Nix works out what she's spending her haul on ... and recruits help.

Kthzyx is reunited with the Prince and plans are made

Basaltar and Nix try an assault on a Nexus and meet some cold, dark magic...

Nix and co go in search of a power source for Prince Basaltars plan.

Sterling, Slaine, and Nixilanthius are formerly introduced to an elemental lord on the run who proposes a profitable heist from the elemental planes.

A windfall turns into a problem just outside of the town of Tharben.

Kailastia sends Justicars to seek out three adventurers and offer them more work.

The Borders Were Closed

Returning to Vesper from North Richmond, Teddy and Megana stop in Windsor Hills and get news about another death.

Try up near Richmond

On returning to Vesper, Ghost, Kaspar and Slaine meetup. Slaine has some interesting questions for Kaspar and doesn't like the answers she receives.

Fury Beetle In The Arena

An arena fight in Vesper goes ... interestingly. This might be why you shouldn't have a Shifter fighting.

A seemingly wild Rift opens up just outside of Vesper, bringing with it some invading D-Bees with ill intentions toward the citizens of the city-state. Fortunately, there are some to stand in between innocents and harm...