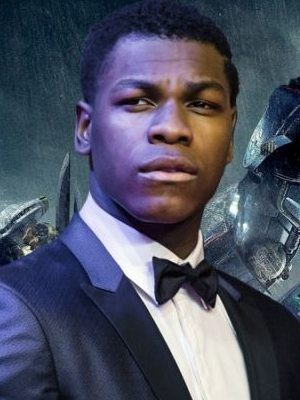 "Existence is a series of exchanges, the continuing assigning and reassigning of value. I have what you need or can find someone who does. All you need to do is prove equivalent to the request you have made."

There is a difference between driving and 'driving'. Morris has never punched the gas in his life, but his motor neurons knew what it was to gun an engine before his birth. Born to an otherwise 'normal' military family in Quebec, Morris's birth precipitated a fundamental crash in status, made immeasurably worse by the death of his father and the birth of another psychic (pyrokinetic) half sister two years later. It would seem that while there was a significant case to be made for the purity of the Tibbs genome, recessive genes had matched up in just the right way to insure that latent psychic ability in the Tibbs children emerged just so. His mother did not take the change of scenery well. Morris grew up an intelligent, cunning boy, leveraging his 'talent' as a driver of various abilities and technical talent to rebuild hover vehicles, source some of the more questionable modifications for weapons and equipment (but never touching them himself), and generally being useful to all the right people. Needing to provide for his sister and his mother suffering from early onset dementia, he joined the military.

Despite his psychic 'taint', his technical aptitude and inherent piloting talent made one of his superior officers, Captain Malthas Stirling, take a chance on the boy and took him on as a mechanic for one of the Glitter Boy Legions. The tacit approval of Captain Stirling was not enough to ward off all of the bigotry and cruelties of Quebec military life for a psychic, but he drew a decent enough paycheck.

The War With Quebec would dramatically change his life though...the unit Morris was attached to would find itself in a battle in Morris's own streets and be cut off from support, suffering nearly 87% casualties. To his credit, Morris stuck around for an entire half day trying to get the Glitter Boys working and keeping the pilots in the fight. When he saw the dead and broken form of Captain Stirling though, he decided he had had enough. It did not matter if Quebec could, would win the war in the months that would follow. His patron was gone, his mother was useless, his sister needed out of Old Bones in a hurry. Tapping into the powers he had suppressed for so long, Morris raised a downed UAR and took command. Searching the streets for his sister, striving to avoid Coalition patrols, he found her just in time to pull her out of the shanty house.

For the next two years the siblings would move through New England and the Great Lakes, taking work as mercenaries. They scrimped and saved until they had made enough to build a garage and be more choosy in their employers, at which point they made all speed towards Virginia...Tibbs garage will bring your vehicle back from the dead they say, or make it better than new...as long as you don't ask whats under the tarp in the underground garage.

Some people throw shit with their minds. I drive 18 ton death machines with my brain. Invoke:

Invoke: Fighting in or working on robots, powered armor, or vehicles with advanced electronics.

Compel: Driving the old fashioned way. Any piloted vehicle receiving more than three stress levels of damage (Even if he's not 'in' it).

While he is a good mechanic and engineer, much of the more advanced technology he utilizes has been salvaged, stolen, or otherwise reappropriated from other sources.

Invoke: Disabling security systems, absconding with the other guy's ride.

Morris's psychic connection to vehicles he has piloted increases with time and by building powerful memories and impressions of the vehicle in question. Whether this is actually an awakening "ghost in the machine" or merely a side effect of psychic piloting is something he still isn't aware of himself.

Invoke: Utilizing a vehicle he has used more than three times and has synced with.

Compel: Interactions with vehicles that have strong sentimental value to others.

The "Fell Off The Truck" Swapmeet

There is a brisk trade in munitions, parts, and backyard tech for those who know where to look.

Invoke: Obtaining unique machines, parts and weaponry, making connections with those who provide and utilize such services.

Compel: There is no such thing as a free lunch...or crate of cluster missiles. Favors are called in at the lenders convenience, not the borrowers. Sometimes a part is 'just in time' but not in the best shape or just not optimal to the task and hilarity ensues.

The phrase ‘ghost in the machine’ gains new meaning when dealing with a telemechanic. These people have a mental affinity for machines, able to immerse themselves in computers to read hard drives, understand and operate machines with their mind or in extreme cases actually submerge their consciousness into machines and use them as if inhabiting them. Which in that particular case is true.

Empathy is quite simply the ability to sense emotions from others and transmit them back. Some view it as a lesser form of telepathy, though experts more often describe it as telepathy to those parts of the mind that don’t think with words and ideas. Empaths are capable of reaching out to determine someone’s emotional state and with some effort capable of influencing it as well, turning raging anger into sanguine calm or driving men to unreasoning fear.

Stella receives a visit from her favourite Agent of the Crown who exerts some gentle pressure on the woman.

Artemis comes by the garage seeking work, Stella calls on Mr. Tibbs to make some special modifications to her truck.

Returning With The Taps

Stella and Morris return to Vesper and are met. (Emits by Aiden)

In Search Of A Wizard

The band of adventurers head into Vanished Point to find Rethen Shan. What they find ... doesn't fill them with confidence

Bridge and Tibbs arrive in Sarens Rest ready to enter Vanished Point. They're met by a rambunctious redhead.

Rethen Shan, one of the techno wizards responsible for Vespers' leyline driven power, is missing and along with him some leyline taps. Kailastia announces a reward.

A breakfast meeting has Aliana and Slaine getting better acquainted. A new, very well dressed, mechanic rolls into town