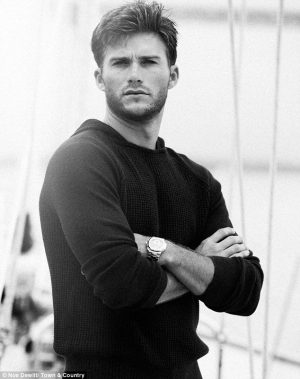 Mikhail was the oldest of two children, about five years separating him and his sister.  They and their parents lived on a farm on the banks of Lake Baikal in Siberia.  While it was dangerous to live outside the only town in the area, the bandits had learned to leave them alone as Mikhail's mother was a skilled mystic and every raid failed with more than one bandit being killed.  And so it was that when the farm was attacked, Mikhail's parents were confident that there was no real danger though they sent the children into hiding anyway.  Which was fortunate as this time the bandits had a witch with them.  When Mikhail and Aliana emerged from the warded root cellar, they did so into ruins.  Their parents were dead and all the animals taken.  What hadn't been looted was burning.

Once some of the shock had faded, Mikhail buried their parents and gathered whatever he coulds from the root cellar before making their way to the town.  It was dark before they got there. And while they got plenty of sympathy and offers of food and shelter for the night, it didn't last.  Aliana was a child still and Mikhail barely old enough to start an apprenticeship.  No one wanted to take them in.  They lived on the occasional charity of the townfolk and whatever Mikhail could scrounge or steal.   And then Aliana disappeared.  All her belongings, what little there was, were still where they slept.  But she was gone and none could say where.  He searched, of course.  He searched for months in whatever spare time he had, even risking his own life outside the city in his attempts to find her.

More than once he had to run to get away from bandits or an unfriendly D-Bee. But everything changed the first time he didn't manage to get away. Spurred on by fear anad adrenaline, his psychic abilities came to the fore and the D-Bee's teeth broke against his skin right before he put his fist through its skull. After that, he ranged a bit further from town as he learned to use his abilities and found no trace of Aliana closer. Months later, he came across a small group of bandits preparing to attack a lone traveler.  Instead of leaving, he shouted a warning and then attacked them first. The woman watched as he killed those who would have tried to kill her and then critiqued his performance.  He was inefficient, used his powers crudely, and barely knew how to fight. He relied on brute force instead of technique and he was very lucky the ones he fought were normal humans with no real skill.  However, even though she needed no help, she appreciated that he had intended to keep her from being hurt and decided that she'd be willing to train him.

It took days to convince him, mostly because he refused to leave where he last saw Aliana despite it being almost a year since she disappeared. Understanding his loyalty, she was patient and promised to have a friend of hers - a mage - try to locate his sister if he had an item of hers.  He did: a floppy, stuffed wolf that she slept with and would carry around when she had been younger.  He trained with the bogatyr and, as promised, a mage did scry for Aliana but to no effect.  She wasn't dead, the spell would have told him if she were but she wasn't anywhere that he could locate her.  It was a small hope. Eventually, he struck out on his own, wandering across Russia and helping those he came across who needed it.  Whenever he met a mage strong enough, he'd ask them to scry for his sister, using the stuffed wolf he always carried with him.  And then it worked.  He got a direction.  Sometimes riding, usually walking, he headed in her direction. Whenever he could, he had a mage scry her and adjusted his path when needed.  Sometime it didn't work and she was unlocatable again but he just kept heading in her last known direction.  Through Russia, helping people as he encountered them, through the Balkans, into Europe and finally stopped by the ocean.  He waited until the magic could find her again and it still showed her as being in the west.  It took a while to arrange safe transport across the Atlantic but he eventually stepped foot on North American soil.  He was close.  He could feel it.

Mikhail has travelled the length and breadth of continents in his search for his missing sister. While doing so, he has never shied from helping those in need and being a light in the darkness of Rifts Earth thanks to his psychic abilities and the lessons of the Bogatyr.

Invoke: To use his psychic abilities, to defend the weak, inspire the hopeless, be the voice of the people and otherwise live up to the legend of the Bogatyr.

Compel: When being the people’s champion brings him into conflict with the authorities, when the people don’t want a champion, when the forces of supernatural darkness take notice of him.

In Rifts Earth, finding someone with the honor, purity and faith of Mikhail. Especially in the face of all he’s seen and suffered. His powers may be martial, but Mikhail prefers the way of peace.

Invoke: To uphold his ideals, act in accordance with his conscience and take a stand even against incredible odds.

Compel: To risk himself or make a sacrifice to help another. When that faith, honor or purity is tested or called into question by those around him, or taken advantage of.

Mikhail is stubborn. When he puts his mind to something, it is neigh impossible to deter him.

Invoke: To resist or overcome physical difficulty, to leverage his toughness and great strength and to be heels-dug-in stubborn when it comes to overcoming any kind of obstacle.

Compel: When being the obvious target in the room results in the lion’s share of the hostility, when being stubborn blinds Mikhail to other solutions.

Which Circle Of Hell

Aiden gets a lead on Dante ... and a discussion ensues about the Dragon's Ritual...

You’re In The Great Game

Slaines reunion with Mikhail is interrupted by a Dragon

What happens when a Shifter meets a brother she can't remember?

Leo gets a couple customers.

Returning to Sarens Rest, Slaine catches up with Mikhail and they speak about finding his sister. He drops a name that gets the Half Pint thinking.

Strange forces change the sea on a little stretch of coast near Vesper.

They Don’t Come Here For The Taste

Slaine takes Mikhail to catch up with one of her contacts - looking for information about the Horune Pirate Base up north.

Something comes looking for Slaine in the Sarens Rest Bazaar. A Poet In Shining Armour and a Wolfen come to her aid.