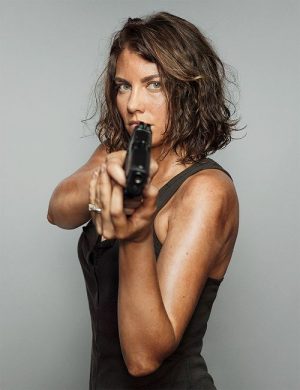 Mia Dunham was a cutting edge physics researcher in the 2050's. In the halls of rockstar scientists, she was the rocking-est. She was the first choice guest for every talk show about physics or science, and her breakthroughs were advancing science at an exponential rate. At only 25 she had surpassed the works of the greats who had come before her, and she was making progress on harnessing the very manipulation of time itself.

It turns out time could be bottled. Mia developed a special serum designed to suspend quantum probabilities in a solution of self-replicating nanites. If she perfected it, it would be the panacea mankind was looking for. It would turn back the clock on one's physical form, wind back disease and disability, unlock the full potential of soldiers in battle, and even make hypersleep possible for long space voyages. The applications were almost endless, but Mia's funding was not.

Even as a rockstar, she had to justify her research to the megacorp that funded it, and she couldn't develop enough nanite solution fast enough to run a clinical trial. Not to mention the solution had to be attuned to the DNA of the person using it, which meant even if they did get to a trial, it would take ten times longer than a normal study.

Mia needed a proof of concept, and she needed it now. She attuned the nanite solution to her DNA, attached the rudimentary spinal clutch (she could always remove it after the test and upgrade it later), and pressed the plunger flooding her system with the nano-juice. But it wasn’t ready. And neither was she.

The solution also did way more than she had theorized. In the moments of pain that felt like ice picks stabbing into her brain, the incredible solution she designed tried to protect her the best way it knew how, shunting her forward in time, away from the pain.

It started in fits and starts

each break leaving her further from her starting place until

she started finding herself in apocalyptic wastelands. Inexplicable beasts,

She would flicker into place on hands and knees, vomiting and terrified, until the pain started again.

Until finally she found herself on the outskirts of Dogwood. She had mentally rewritten a few lines of code every time she skipped ahead, and the ability to actually time travel was officially burnt out of the programming. She could feel it killing her faster than the serum could regenerate her, so that ‘feature’ had to go.

But a few hours after arriving in 2410, Mia was on her feet again. But gone was her lab. Gone was all the tools and computers she’d need to properly overhaul the rig she had built. And being in this wild place, she wasn’t even sure she wanted to remove it.

It’s time for Mia Dunham to make her way in the new Wild West.

Crazy they call me

Compel: The impossible, will take a little while.

It's hard to leave a thing half done

Invoke: Invite her to find, finish or otherwise wrap something up

Compel: Dare her not to

Mia has a shack in Dogwood where she builds and repairs equipment for people.

Invoke: She has access to all manner of tools and equipment for kluging together unique bits of gear. Weapons, armor, doodads and thingamajigs galore. Bonus to Crafts and Contacts.

Compel: She is often too engrossed in her own work to notice that people need or want her help.

The temporal nanite serum in her body gives Mia her abilities, but it can be a burden.

Invoke: Mia communicates with the nanite serum in her body through a mental link to their swarm hive. It operates like a limited AI which she is able to rewrite through mental commands. She can also have conversations with it about her physical health, and the status of her various upgrades.

Compel: This process often makes it seem like Mia is distant, distracted, doesn’t care, or just isn’t aware of her surroundings. Nothing could be further from the truth! But when your nanite hive tells you about the cancer it’s in the process of deleting, you stop everything and pay attention.

Additional 2 stress box, recovers from consequences in ½ time and does not need justification to begin recovery, +2 to defend with Athletics and goes before anyone who does not also have heightened speed or reaction times. Athletics cap increased to 6.

Whether it’s actual biofeedback regeneration or just a superhuman ability to ignore injury, Juicers and Crazies can take a lickin’ and keep on tickin’. Once per session the Augment may clear one of his physical stress boxes. (Cost 1)

You are fast. Very, very fast. All juicers and crazies have some level of augmented speed but this is a step above. You may ignore any barriers to movement between zones that are not in some way solid and extensive (walls, force fields and similar). (Cost 1)

Unlike partial or full cybernetic conversions, minor cyborgs often have only a handful of small implants. They lack the strength and toughness of their less mortal cousins thanks to the lack of things like reinforced skeletal structures to bear the strain of high performance limbs, but they make up for it with sneaky tricks. There’s a lot of things that can be implanted after all. Because of her implants, Mia never suffers penalties or increased difficulties on Crafts and Investigation rolls.

Through a series of high tech dermal implants you gain some level of resilience to physical harm. By itself it’s not much, but when paired with other armor it’s often the difference between a bad day and a very bad day. Grants Armor 5 when unarmored or adds +1 to worn body armor (but not powered armor or similar systems) (Cost 1)

Mia’s tech isn’t quiiiiiite what regular juicers use. For one thing it’s not nearly so lethal though it is still hard on bodies not used to it. Uniquely, Mia is able to temporarily confer benefits on anyone she can inject. You may inject a target (with a fight roll if the target is resisting) to confer one of the following benefits: You confer an advantage such as ‘Juiced’ or ‘Amped up’ that can be used on any physical or medical roll, clear up to 4 stress from a target, you may use the injection as justification to begin consequence recovery or you may reduce the severity of a mild or moderate consequence by one step. Due to the transient nature of Mia’s Juice, it’s effects on other bodies and limited supply, Mia may only use this ability twice in a scene.

Mia and Leo put their heads together and start to piece together the mystery of her burnt papers and damaged data stone.

Hand it to Her

People meet up outside of Dunham Designs and organize work opportunities.

Along Came A Spider

Mia meets Leo. No one dies.

Mia, seeking help discovering the secrets of a damaged crystal, finds herself unintentionally working with Vesper's most notoriously unbalanced weaponsmith.

Mia Dunham receives a visit from representatives of Dogwoods Graves Family. They're looking for help investigating a mysterious accident many years ago. (Emits by Aiden and Slaine)