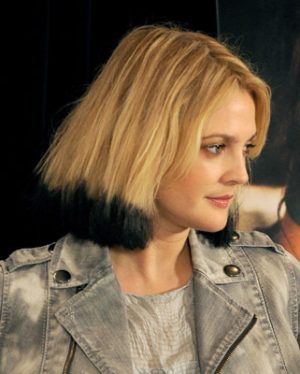 Every family in the Burbs hoped to win the lottery some day and be admitted to Chi-town, and in the meantime, they plugged away at their menial subsistence lives and tried not to die before their luck panned out. Jeshua’s family was one of the fortunate ones. Their number did come up, and for once it seemed that luck was going their way. Except Jeshua could do things with her mind. Magic - barely tolerated in the Burbs if you didn’t mind being a second class citizen amongst the lowest denizens of humanity; total anathema in Chi-town if caught. Strictly punishable by forcible eviction from Chi-town, back to the Burbs, or worse.

Jeshua’s family wasn’t going to let her misfortune be theirs. When her father tried to confront her on the matter, she panicked, and using the force of her mind, blew him through the wall of their home. She didn’t stop to see if he was okay, taking his prone and bleeding form to mean she’d killed him, and in the Burbs, they didn’t stop to ask those who used magic if they’d actually done the deed; they dealt with them first and asked questions later.

In short, Jeshua had to flee.

Her first port of call after escaping the Coalition States was Dogwood.  Still believing herself to be wanted for her father’s ‘death’ and fearing that someone might turn her in, Jeshua tried to blend in, little knowing that she was the only one concerned about what she’d done back in the Burbs. Another iffy incident convinced the girl she didn’t belong there, and she hitched a ride to Vesper, where magic wasn’t just tolerated, it seemed to abound - a thing that the girl wasn’t comfortable with either. She just wanted to live a simple life and make her past go away..

By the time she had made her way to Vesper she’d created a lie for herself: She’d be a mechanic. Just a simple mechanic. She’d seen that done often enough at home. How hard could it be? Little did she know. Or that whether she intended to never use her magic again, it had other ideas for her.

Magic is The DEBIL (Mystic)

Compel: She’s her own worst enemy. Overcoming her own inclination to /not/ use her magic isn’t going to be easy.

Just a Kid from the Burbs

Growing up in the Burbs you don’t get to learn which fork to use with your salad, and which with dessert. But you do learn a lot about other things..

Invoke: Knows the basic ins and outs of the less savory side of society; can blend in with the rougher side of most towns.

Compel: Having grown up only knowing the rougher/less ‘cultured’ mannerisms of the Burbs, she is going to REALLY stand out in classier society.

Fake It ‘Til You Make It

Invoke: Lies. Like. A. Trooper. Or a cheap rug.

Compel: Can’t help herself.. lying is instinctual as a defense mechanism, and sooner or later that catches up with a person.

Some mages either have a natural talent or a long history with a particular purview. They tend to have a wider range Purview: Arcane Assault. +2 Arcana when casting from that purview.

There are a lot of ways to hurt or impede someone with magic.

You’re better at channeling power than most mages, harnessing your inner potential. +2 when attempting to overcome an obstacle that requires raw arcane might to deal with.**

Encouraging the body to heal itself.

Communication and observation at a distance of friends and allies.

Manipulating the body to heal or hinder.

+2 to stealth roll to blend into the 'crowd'

There's a new guy in town stopping by Gran's, unfortunately not without a few introductory faux pas.

You Call This A Lodging House?

Repairs are happening apace at Grans and a new guest arrives

Gran's has a bit of an infestation problem that quickly blows out of proportion.

Professor Ingerhast lends her assistance to heal the rainbow serpent of her magical malady, providing guidance to those gathered to help.

Some partied too hard and now nurse hangovers in the warmth of Gran's inn. Others come for the warmth itself, for news, for deliveries and good food.

A new person - Harmonica Tuttle - comes onto the scene, and makes her way to Gran's where Jeshua meets her, and offers her hospitality (despite being more than a little confused by the Crazy's wandering dialogue). A late arriving Elpida has time to shake the snow off her snakes and say hello before the stranger takes her leave.

Leo decides to test one of his ... weapons. On Kaji.

I do what I want

To Catch a Dog Boy

After the latest developments with the news of a Coalition presence so close to home, Captain Sanka'a has a proposal for Aiden and company.

Jesana takes her new acquaintance to lunch and meets a few more. The chaos demigod comes to an important decision soon after and Jeshua faces a bit of her past. Also, SNAKES, a bitchin' cowboy hat and lovely purple eyes.

A House of Healing

Ardul and Hunter drop off someone to be detained at the Restorium and check up with Ilyze on any progress regarding the SRS. Jesana makes new friends and Jeshua tries not to get bull-ied.

Jeshua finds her way back to Gran's and gets a better feel for things in Vesper while the usuals at the B&B get a feel for her.

Busy afternoon at Gran's. Aiden defaces maps. Concerns about a Coalition presence in the area grows.