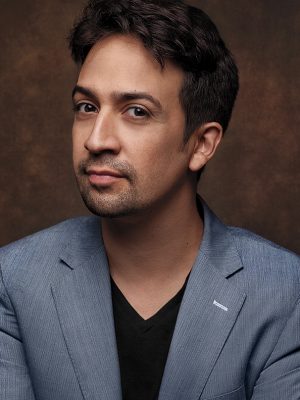 Raised in Dogwood by his uncle, Dr. Marcado, Felipe had access observing him tend to his queue of patients at a well-established clinic. This ignited a spark of interest in the field of medicine, learning whatever he could by means of reading material and the hands-on experience he gained as his uncle's temporary assistant. Years later, his refined skills and passionate ambition to help those who could not help themselves led him away from Dogwood, out into the parts forever changed by the Cataclysm.

Felipe's medical standards are fairly simple: help and heal the sick; urgent cases take priority; patients who cannot afford to pay do not need to pay. Indeed, it was idealistic optimism at its finest. Although initially blinded by his bright outlook, the man soon learned more about the world than he originally thought he did.

His constant traveling kept him from becoming stagnant; the allotted amount of time for his visits lasted up to a week unless it was otherwise stated. The communities he was able to stop into either welcomed him with open arms or made sure to stay understandably wary around a doctor whose medical practice refused any favors in return for his services.

It was no safer on the roads between the scattered pockets of civilization. Nearing Old Richmond, Felipe had the luck of coming across demons. Amid the attack, the doctor was rescued by the most unlikely source of fierce energy in the form of a large, bipedal dino thing named Pegi. In his not-so-quiet panic, he accidentally shot the reptilian warrior in the leg, adding to the injuries she had already sustained during the fight. Guilt finally took hold once the last of the adrenaline drained from his body, immediately taking it upon himself to fix what he had done. An amputation was something he rarely did, but it had to be done. After mentally screaming through the whole procedure, he succeeded in stabilizing Pegi. Despite the mess, Pegi decided to claim Felipe as a sibling, keeping him company once he continued journeying.

Unfortunately, there was a run-in with a gang of unsavory characters who threatened to harm Pegi, then the entirety of the small village Felipe set up shop in once they realized they couldn't fight off a dinosaur. To keep everyone safe and not dead, he told Pegi to stay with the people, surrendering himself into playing their petty power game. He lost track of the days wasted in their "care," their constant demands to fix their dumb decisions quickly wearing thin on his patience.

And then...he exploded. He literally blew up their hideout. With fire. Here was the rub: since Dogwood was far from being tolerant, his uncle "conveniently forgot" to tell him that there was a possibility he had inherited his mother's elemental abilities. But now he knew, and knowing was half of the battle. In his confusion, he hurried back to the village to get Pegi and run. He forgot to check if anyone survived the blast, but that didn't matter. Felipe was a busy man. He had things to do.

Being born and raised in Dogwood, Felipe gives up a lofty position among his peers to venture out across the country to tend to the injured and the sick.

Invoke: His accomplishments led him become one of their best doctors in such a short time. If he chose to stay, he would have gained a different reputation altogether.

Compel: Against his colleagues' persuasions to stay in Dogwood, Felipe adamantly claims his talents are needed outside of the city (almost to the point of physically fighting them off the more the say so). While his personal contributions in Dogwood's medical field would have benefited its citizens, it is outside of its great walls people need the most help.

Being a doctor comes in handy when there is no doctor to be found. In fact, one can say a doctor is valuable.

Invoke: Valuable enough to gain the trust of those who lack medicinal knowledge or never had the resources to become a doctor themselves...

Compel: ...And valuable enough to be dragged into the terrible circumstances he doesn't like being forced into.

When things are tense or unusually stressful, he's calm, cool, and collected. Maybe even too calm.

Invoke: In his line of work, he has to be. He's a doctor.

Compel: Too much of a buildup without any form of release will cause him to explode. How he does it is entirely left up to chance.

Thanks to his uncle, his status in Dogwood's society is better than most.

Invoke: Exposure to the system has given Felipe insight in how each rung of society is vastly different from each other. Knowing is better than flat out ignoring it.

Compel: Unfortunately, having it as a constant reminder in the earlier half of his life is something he can't easily forget.

Invoke: With the proper training, he can now make things burn on command.

Compel: Since he has recently discovered this on accident, he has yet to warm up to the idea of lighting things on fire without the assistance of a match.

You can use Notice instead of Shoot to make quick, reactive shots that don’t involve a lot of aiming. However, because you’re having a knee-jerk reaction, you’re not allowed to concretely identify your target before using this stunt. So, for example, you might be able to shoot at someone you see moving in the bushes with this stunt, but you won’t be able to tell if it’s friend or foe before you pull the trigger. Choose carefully!

During a Shoot attack, spend a fate point and declare a specific condition you want to inflict on a target, like Shot in the Hand. If you succeed, you place that as a situation aspect on them in addition to hitting them for stress.

You can use Notice in place of Empathy to learn the aspects of a target through observation.

Lab results for the nanites linked to the Sudden Rage Syndrome outbreak yields confirms the theorized information the Doctor and the Mage have discussed. It's the discovery of new information that leads them to form their next plan of attack.

Ever since the last few outings, the sickness plaguing the Orycto hasn't abated. What's worse is that other D-Bees arriving at the Restorium have been showing the same symptoms.

What of The Village?

Upon reaching the Orycto village, Felipe, Ilzye, Hunter, and Ardul came across an emptiness that normally didn't bode well for anyone. The not-so-funny thing was the village wasn't abandoned. At all.

After some fruitless research and a quick nap, Felipe, along with Ilyze and a fellow Restorium colleague Doctor Gredshun, revisits the Orycto patient to reassess the symptoms that have been plaguing her.

Sleep deprivation doesn't stop Felipe from his medical pursuits, but it factors into the problems he comes across within the Restorium. This one in particular involves a raging patient.

Dusk: the perfect time to call on the ancestors across the realms. Using Felipe as a spiritual conduit, will the motley trio get the consent to trespass on sacred Saurian grounds?

Leaving the delegation, Hunter and Co head to the downed Wolfen cruiser but they aren't alone.

Returning to Dinosaur Swamp, Felipe tries to negotiate for access to Wolfen Cruiser with the Saurons. It's not easy.

Screams In The Dark

Stabbings and mental trauma affect Vesper. Something moves in the shadows...

A strange illness has befallen some D-Bees brought into the Restorium. Whatever it is, it's certainly not hay fever.

Cat’s Out Of The Bag

After settling a course of action with Hunter and Ardul, Felipe learns Pegi is keeping something from him. Things are discussed.

The end of the 'Missing Caravan' arc: after all is said and done, it does nothing to relieve the weight of the tension among the group.

The missing caravan is found, the reasons revealed, and tensions still high.

When Things Are Heating Up

The search for the missing caravan continues to take Ardul, Felipe, Hunter and Pegi into the ever dangerous wilderness where not even flowers are purely what they seem to be.

Another detour on the way to find the missing caravan. This time to a Sauren Sacred Ground where a Wolfen Vessel crashed.

Following up on Otmins request, the journey to find the lost caravan and medic begins

In Need Of A Medic

Sanka'a and Otmin seek out people to assist with a caravan that's been hijacked.

Orca's are playing in the bay near Vesper. One of them decides to come play with the land lubbers

Hunter, Ardul, Felipe and Pegi come upon the abandoned encampment of the missing necromancer and find out that whatever ritual had been attempted to cleanse the land has not been fully completed.

In the Embrace of Plants

Looking for Professor Ingerhasts lost student, a group of Saurian are found.

Said the Spider to the Fly

Felipe runs into a few both new and familiar faces. He also finds himself conscripted into an expedition to search for a missing necromancer with Ardul and Hunter.

Felipe and Pegi's trip is waylaid by Vesper's border patrol.