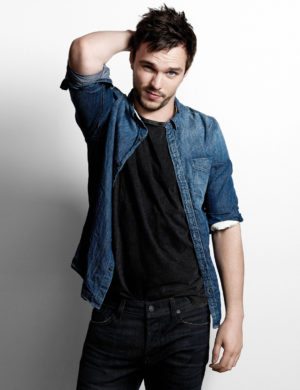 Born in Old Richmond to free thinking and literate parents who had been exiled from Dogwood for agitating against the nobility, Dair's early years were a struggle between his parents academic aspirations for their son, which included a good deal of learning how to read and write, and Dair's own desire to spend time with his friends doing petty theft and exploring the city's ruins.

That conflict went on until the day Dair's parents vanished. He came home to an empty house with no signs of struggle. At first he just thought his parents were out in town, but when they didn't return a day later he went searching and couldn't find them even after days of searching. Dair's searching brought attention to the Ghislanes absence and when Dair returned from his fruitless search he found his neighbours had looted his parents home and the men his father owed money to were looking to take the debt out of Dair's hide. It was time to leave Old Richmond.

Dair hooked up with some would-be prospectors heading for Saren's Rest to pick over the Vanishing Point for relics. He sold them selling on the value by showing off his literacy and more importantly, his abilities as a sneak thief and climber. The Vanishing Point ate Dair's team alive, literally. Only he and a young Ley Line Walker named Marlene survived and after selling their loot, they teamed up and continued to ply the Vanishing Point for goods, dodging and fighting the sub-demons and more human monsters they found amidst the towers of the city. Their partnership lasted five years and in that time Dair and Marlene became lovers but it would all end in blood.

The ending began with a Shifter named Marek who hired Dair and Marlene to guide him into the Vanishing Point to recover a bracelet he'd heard about. The price was right and they accepted against their better judgement. Shifters had a poor reputation and this one had kept bound demons as muscle. Still, the pair were looking to leave the prospector's life and the money from the job would help get them closer to that goal so they went into the Vanishing Point with Marek and found the bracelet. That should have been the end of it save for the payday, but Marek had other plans. He sicced his demon muscle on Dair and Marlene and before they could act, the demons had torn Marlene in half. Terrified, Dair slid his arm through the bracelet and ran. The pain of putting on the bracelet was searing but he kept running, the demons who murdered Marlene hot on his heels. That’s when the bracelet came to life and ripped open a rift in front of Dair. He dove through it and found himself in the home he shared with Marlene, his head spinning. Surprised, he tried to pull off the  but it wouldn’t go it was fused to his arm. Terrified and knowing Merik would come looking Dair gathered up what possessions and money he and Marlene had collected and left.

Paying the Dragon Tax on the arm band ate up most of the money and the passage off Saren’s Rest took a big bite of the rest. He slept on the ride over and when he did he dreamed of a strange city on stranger world which seemed both alien and familiar all at once. He woke with the urge to find it and a degree of knowledge of the artifact’s workings. It wasn’t meant for humans, it’s power had costs, but it could open doors in this dimension and others. Like a shifter might.

He decided then and there to head to Vesper for a number of reasons, mostly because if there was anywhere south of Tolkien that could tell him what this thing was, it was there and two, that was where Marlene had been from and he still hadn’t taken time to grieve.

A former 'prospector' from Saren's Rest who's last big score, an alien metal bracelet, is bound to his arm

Invoke: When dealing with scrounging activities or when the artifact bound to his arm makes a positive impression.

Compel: When faced with a score too good to pass up or when bracelet is a hinderance or is coveted by others.

Echoes of the Past

Dair has missing parents, money owed in Old Richmond, a dead lover and a shifter who wants his artifact. He has escaped trouble for now, but there are still people looking for him and these problems have each left their mark.

Invoke: Invoke when Dair’s in more trouble than he can handle and needs to escape

Compel: To get him run from new troubles, past troubles coming back to find him or when faced with something that might tie him to a place or person.

The Band of Worlds

The Band of Worlds is a bracelet made for a being larger than a human which has bound itself permanently to Dair’s forearm. The bracelet has a degree of intelligence, a vast knowledge of the various dimensions and their denizens and has a desire to return home. Unfortunately, Dair isn’t strong enough yet to allow the bracelet to make the trip but that doesn’t stop the bracelet from sending him dreams of the route through the worlds to get there.

Invoke: To use the bracelet to travel the dimensions or when the bracelet offers up some knowledge of its own accord.

Compel: When the bracelet decides to work on its own, or when the dreams it sends come while Dair’s awake or are rob him of sleep.

Dair learned his skills exploring the ruins of Old Richmond and poking into the lives of its citizens (while sometimes helping himself to their goods) and while he’s taken those skills pro that curiosity remains.

Invoke: When trying to get to the bottom of a mystery or ferret out some little bit of information about someone.

Compel: When the urge to snoop or investigate get the better of him.

Dair might not have been the most attentive student, but he learned quite a bit from his parents on a number of subjects like history, math and so on.

Invoke: When Dair pulls a little tidbit out of the back of his brain.

Compel: When what he remembers has dangerous gaps that gets him into trouble.

Dair has some minor magical ability and an artifact.

A strange alien bracelet bound to Dair’s forearm. Grants the wearer +2 on Lore checks dealing with other dimensions and their denizens as well as the It’s How You Use It stunt, for Arcana, giving them a free boost after successfully creating an advantage with Arcana. Additionally inflicting a point of exotic stress, the bracelet can open/close a rift to the same plane, a fate point allows it to open/close rifts from other planes. The artifact is intelligent and wants to return to its home dimension.

You can use Burglary in place of Contacts whenever you’re dealing specifically with other thieves and burglars.

Dair's former lover was teaching Dair magic, he wrote down what she taught him. He can use the book to use spells from the Lore of the Ley Lines purview.

There's a new guy in town stopping by Gran's, unfortunately not without a few introductory faux pas.